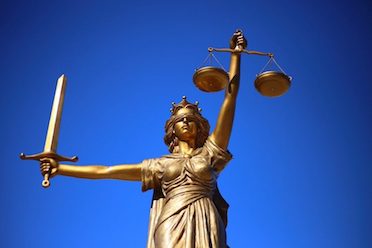 Statutory Law are laws decreed by a legislative group such as a Congress, Assembly or group of legislators.  It should be understood that as a group, Statutory Laws form a distinct body of law from those declared by judicial interpretation or those that are decreed by a regulatory power such as the executive branch.  The executive uses its power to interpret what the Statutory Law means and codifies regulations that are theoretically supposed to be inline therewith; in contrast, the judiciary reviews prior court decisions to decide disputes between parties and in cases where there is no known simple solution judges have a unique role to play. 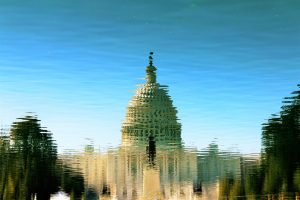 In this regard, a judge analyzes existing precedent to receive guidance for resolving the situation and apply the aforementioned precedent to the current facts.  If no easy solution exists in that there is a lack of precedent or when Statutory Law is silent regarding the issues at hand, jurists resolve the case using his or her opinion on the matter.  This Deus ex Machina of the Judicial system can produce chaos throughout all areas of the law as judges generally do not share the same thinking on diverse matters thereby creating conflicting decisions.

However, it should be clear the main problem with the entire process is that the judiciary is acting as if it were a legislative body.  The fact is that if there is no clear teaching, the fault lies in the missing features of the Statutory Law which is being interpreted or that during their deliberations they ignore the original purpose of the inquiry.  A typical example is the subject matter eligibility clause found within section 101 of US Patent Law.  35 USC  § 101 states:

Whoever invents or discovers any new and useful process, machine, manufacture, or composition of matter, or any new and useful improvement thereof, may obtain a patent therefor, subject to the conditions and requirements of this title.

Most people believe that courts should be strictly interpreting laws by what the language of the law states and this 101 Statutory Law is no different; strict review would leave the blurry areas of laws to future acts of the legislature.  However, courts can create interpretations that have caused the Executive Branch to issue regulations that have no basis in Statutory Law.  The strict interpretation of the Statutory Patent Law requires that the invention be a “Process, Machine, Manufacture, Composition of Matter” which are specific words in 101 representing the types of invention that are eligible for patenting.

However, as the 101 Statutory Law itself is devoid of any definitive guidance using various concrete examples as to what these classes mean, judges have at their enlightened discretion removed ‘laws of nature,’ ‘natural phenomena,’ and ‘abstract ideas’ from the set of concepts that are subject matter eligible.  These are broadly speaking good examples of proper judicial interpretation; they got it right, but should they have this much power to tell us what to do?  Even these broad sets have been further defined to mean that things such as mathematical algorithms and computer software under certain circumstances are excluded by judicial interpretation.  This has led to decisions which many believe to be clear examples of judicial overstretch or even the setting aside the original purpose of the case, for example:

American Axle & Manufacturing Inc. (AAM) vs Neapco Holdings and Neapco Drivelines LLC, collectively Neapco is a perfect example of out of control decisions which will eventually devour a good section of the patent world if it is not cured by legislative action.  The case hinges on a well known principle of spring operation known as Hooke’s Law and deals with the claims of U.S. Patent No. 7,774,911 (‘911 patent).  The decision determined that the claims were patent subject matter ineligible.

The ‘911 patent generally deals with manufacturing methods for attenuating propellor shafts constructed to mitigate vibrations therethrough.  It is well known that these types of shafts communicate rotational energy on the driveline, but because they are thin walled devices they can be susceptible to three typical sources of vibrations known as shell, bending and torsion.  1) Torsion vibrations causes the material of the shaft to twist along a tangential line thereof; 2) Shell vibration causes a circumferential standing wave to translate about the shaft causing a shaft section to bend along an axe(s); finally, 3) bending vibrations cause a longitudinal wave to transmit energy by which the shaft bends at one or more points along its length. 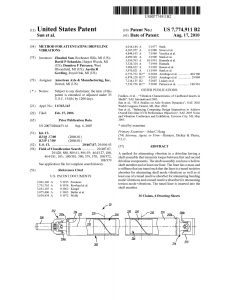 The ‘911 patent broadly describes that weights and liners had been previously used to reduce the effects of vibrations (Id. col. 1, ll. 53-54).  However, the patent describes how the prior art solutions did not show how to attenuate at least two types of vibration at the same time such as a shell and bending vibrations.  The patent goes on to show how the tuning of a liner by altering physical characteristics of the liner including their mass and stiffness would cause varying changes in its ability to dampen vibrational frequencies.  Next, ‘911 shows how weights have been used to frictionally adjacent thereto so as to  resistively dampen its bending vibrations.

American Axle sued Neapco based upon its belief that it multiple vibration tuned liners were wholly new and not understood in the art.  However, it was apparent to the court that neither the specification nor the claims taught how to tune the liners and that only a single example of a tuned line was found in the ‘911 at col. 8, ll. 4-23.  Motions were filed questioning subject matter eligibility under 35 USC 101.  The court ruled on 2/27/18 in favor of Neapco granting a summary judgement that indicated that the ‘911 claims were subject matter ineligible thereby INVALIDATING the patent.

The court decided that the patent was directed to natural laws as a first test of eligibility under 101; it also concluded that ‘911 only directed an artisan in the art to use Hooke’s Law to the particular problem at hand thereby reducing excitations at various operational frequencies.  However, the patent did not teach a unique method and or mechanism by which the application of Hooke could achieve the aforementioned goal of attenuating vibrations in at least two modes of vibration.  In effect, they showed that the teachings of the patent only taught conventional, routine experimentation commonly used in the scientific community that added ‘nothing significant’ to the technological arts to merit a patent.

As a result, American Axle had to appeal the decision and the higher court applied existing procedures in order to determine whether this was indeed the case.  Expert witness were called including Dr. Rahn who testified that:

“liner is not a spring with a single stiffness, it is a complex, distributed object with different stiffnesses in different directions that depend on the location of the applied force and the measured displacement.”

He continued his explanation explaining how the liners devised by American Axle were wholly different than a simplistic single mass system as the liners “can bounce, they can rock, they can defer, they can bend.”  Thus, a single operational mode of a spring mass example using the basics of Hooke’s Law was in his view not an appropriate model for legally describing the teachings of ‘911 as the patent described a much more complex system.

The focus of the inquiry turned upon what was actually claimed and how it was described in the specification so as to enable one to yield the results desired by American Axle.  In particular, the means for producing the desired attunement were not claimed in the independent claims.  Additionally, the specification provided teachings of a non-exclusive list of variable that can be altered to achieve this goal though no unique process was described.  Further, American Axle admitted that “methods for determining natural frequencies and damping are well known in the art…by performing experimental modal analysis.”

The court noted that novel modal analysis nor computer modeling were provided in the specification and that these were not even claimed and therefore decided that the ‘911 was subject matter ineligible.  The decision might have gone to American Axle had they better described the finite element process or modal analysis that gave them a two way attunement for their shafts AND had they actually specifically defined this in the claims language beyond the simple phrase found in ‘911’s claim 1:

However, it should be noted that Circuit Judge Moore dissented in the case given the fact that the majority decision seemed to focus upon the depth of enablement of the specification rather than the subject matter eligibility question.  Specifically Judge Moore indicated that:

“Respectfully, there is a clear and explicit statutory section for enablement, § 112. We cannot convert § 101 into a panacea for every concern we have over an invention’s patentability, especially where the patent statute expressly addresses the other conditions of patentability and where the defendant has not challenged them.”

What Judge Moore is stating here is that the majority opinion hinges not upon the § 101 section but rather on the depth of enablement of the claims and thus the claims should not have been made subject matter ineligible.  It should be emphasized that Hooke’s Law operates on a single degree of freedom whilst the shaft attenuation was “attenuate at least two types of vibration” and that therefore the claim language could not be interpreted as an attempt to restrict the use of natural law; this because the natural law did not cover the second degree especially in light of the fact that ‘911 taught that liners were never used in attenuation of bending mode vibrations:

“The argument that liners were never before used to attenuate bending mode vibrations was AAM’s first and one of its strongest non-conventionality arguments.”

He further indicated that the patent contained these inventive concepts in the claims:

tuning a cardboard liner by controlling its characteristics;

controlling the characteristics of a cardboard liner such that it matches and damps bending mode vibrations;

controlling the characteristics of a cardboard liner such that it damps bending mode vibrations by oscillating in opposition to a specific propshaft bending mode frequency; and

controlling the characteristics of a cardboard liner such that it matches and damps vibration of multiple di!erent types of propshaft vibration, e.g., both bending and shell mode vibrations.”

Judge Moore also found that the majority should not have issued a subject matter ineligible decision as:

Today, the majority concludes that the ‘911 patent claims are not eligible because they do not teach a skilled artisan how to tune a liner. The majority holds that they are directed to some unarticulated number of possible natural laws apparently smushed together and thus ineligible under § 101. The majority concludes that the inventive concepts “make no difference.” Section 101 simply should not be this sweeping and this manipulatable. It should not be used to invalidate claims under standards identical to those clearly articulated in other statutory sections, but not argued by the parties. It should not subsume § 112. It should not convert traditional questions of fact (like undue experimentation) into legal ones. The majority’s validity goulash is troubling and inconsistent with the patent statute and precedent. The majority worries about result-oriented claiming; I am worried about result-oriented judicial action. I dissent.

Thus, we have seen that § 101 continues to be used to attack other sections of patent law (enablement 35 USC § 112) whilst a majority group ignores the actual potential problem.    It is likely that there will be continue to be problematic interpretations of 101 because there is simply no statutory guidance as to what many terms mean with concrete examples.  Additionally, an energized and out of control judiciary is sure to cause further headaches to unsuspecting patentees.  Congress should act to correct these deficiencies before other areas of invention are deemed as not patent worthy.