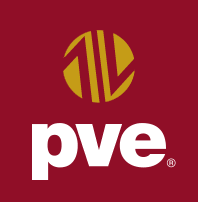 Dr. Carlos Ascua and Mr. Juan De Ledebur founded Pneumatic Vacuum Eleavtors (PVE) in 2002 with the dream of changing the way people transport themselves in commercial, residential and office properties.  A lot has happened at Vacuum Elevators since that dream took flight including numerous innovations including two granted patents and three pending patent applications.    Currently, PVE now holds five issued patents, these include, US9248995 entitled a Vacuum Valve and US 9162848 entitled a Vacuum Brake; these patents are base upon a variety of technologies and has hopes for filing more patent applications on a diverse group of tech to increase their patent portfolio.

In the interview Mr. De Ledebur the company chief responsible for day to day operations explains that these elevators: “don’t use any pulleys or or they are not hydraulics they just use air to move from one floor to another.” Additionally, he commented that he used a local company named Patent CEO and “…was very happy with the service and the two patents were granted in a relatively short period of time….”  Of course he “…would recommend the company…”  Finally, he remarked that Patent CEO personnel: ” Whenever I had questions they were always very open to me and very fast in replying and I would strongly recommend them to someone else.

As an inventor who has worked on several patents with various legal counsel, Mr. Ted Suratt has plenty of experien 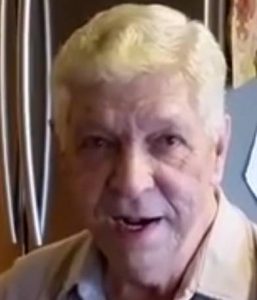 ce dealing with the ins and outs of the patent process.  Because of this he chose PatentCEO to complete his new application which matured to  US patent no. 9,266,751 called a Wastewater Purification System (search for this patent on google.com/patents).  His wastewater purification system uses both ultraviolet and electromagnetic effects to purify the wastewater entering the system and purifying through vortex behavior tied to a unique tangential entry pipe that enhances the rotational flow of within the primary chamber.

As liquids are subsequently translated about the inner portions of the primary chamber heavier substances typically precipitate out by moving to the bottom the primary chamber where they are removed using a mechanical doorway.  Liquids that are not fully cleansed can be removed from the system using an auxiliary exhaust exit whilst liquids that have been sufficiently cleaned, makes its way to openings at the bottom portion of an inner auxiliary chamber and leave through a centralized exit pathway.  Mr. Suratt has the following thoughts about Patent CEO and its General Manager Philip Vales:

When “… I used Patent CEO Phillip Vales…” we were “…Very Satisfied…” and as he had experienced working with a number of different technical disciplines he stated that he was happy with the fast turn around time of the application and filing as well as the quick response of the USPTO.  He continues:

TS: Yes I filed approximately 10 patents before … and I went to the list on the internet and I found Patent CEO and I talked to Phillip Vales.

Q: So you are really happy with them?

TS: I am very very happy with them.

Q: Is there anything else you would like to say?

Mr. Ted Suratt continues his review of Patent CEO Philip Vales in this second portion of his review. 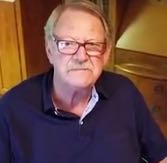 that works with marine products.  Having worked on various patented products and seen the inner workings of the deal making, patent process and manufacture of his friends and business associates, Mr. Larson invented a new simple to use and inexpensive SLIP FITTING (US Patent NO. 9,388,836 :: see google.com/patents) for use in a variety of environments. Don had already invented a Bimini T Top cover protecting these boats from weather related effects.

He fortuitously associated himself with a worldwide manufacture, (Taylor Made Products) signing a deal with them for a certain percentage of each item.  The company went ahead and handled all the final product creation, distribution and delivery and even permitted to sell the product on his own for a higher percentage than what he would receive if they sell it.  Thus, Mr. Larson is no rookie in the patent world; this is why he chose Patent CEO Tampa to protect his patent rights.  Below are a few highlights from a short conversation with him.

As stated in the first video below Don has been involved in patents for about 24 years or more and has filed various patents in the marine industry for boating and similar products.  Don’s primary business deals with the manufacturers in order that they produce the products that he designs and or patents for important marine manufacturer’s like Taylor.  As a result, they would sell the product directly or through appropriate distribution channels they develop.  He also sells a small portion of the product online direct to consumers.

A: Well I have had a number of patents filed before and I was lucky enough to find Patent CEO… continued in Part 2…. 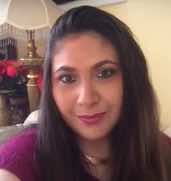 since about 2004.  Among these are various modern and biblical related works of historical and creative fiction such as Samson, Candy Valley, Dying to be Heard and For such a Time dealing with Queen Esther.  In addition to this, she works on many novel concepts dealing with packaging and takes care of four children which is quite a lot if you think about it.  We will let her comments speak for themselves.

He was effective and had a strong work ethic, he was patient with me. He took my phone calls during the night and weekends when you know I was just panicking about some questions I had and he was extremely diligent; and all this to say after a few years we have a wonderful patent to show for it and almost all of the claims were approved. And I am so excited to say that I have five new patents coming down the pike.”

Because of this she recommends Patent CEO since “Phillip Vales will be there for you .., and I also have to say that I am so excited that now I actually working with national retailers hoping for a distribution as a result of all the hard work efforts that Phillip Vales has done for me.”

Send us Info About Your Concept
F